In the framework of the XVIII edition of the Week of the Italian Language in the World, the Embassy of Italy in Cyprus, in collaboration with the Embassy of Switzerland in Cyprus, has organised a series of film screenings.

The films will be screened at the Cine Studio of the University of Nicosia.

The films will be in Italian with English subtitles.

The entrance is free and everyone is welcome to attend.

(Paolo Genovese, Italy 2015) Giulia is the director of a fashion magazine. Her father is from Puglia and her mother from Spain. When she inherits from her father an active farm in Puglia, the young woman returns to the country where she spent summers as a child to attend the funeral and find a buyer for the property. It is a pity that cousin Pino still lives in the farm together with the farmer who worked for years in the annex building with his son Tony. Will Giulia manage to evict the three “abusers” and return to Milan, in time for the fashion week? 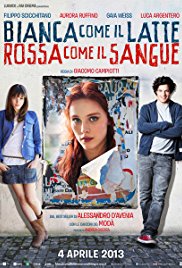 (Giacomo Camplotti, Italy 2013) Leo is sixteen years old, with little desire to study and much to tell Beatrice, the red-haired girl who attends his high school. Hopelessly in love, Leo asks for help from his friend Niko and his friend Silvia, who is obsessed with him by middle school. The boy finally manages to snatch her promise to meet again soon at school but Beatrice will not come back in the classroom because leukemia has poisoned her blood and compromised the future. Upset but resolute, Leo decides to take care of her and accompany her in the disease, sharing with Beatrice a tender friendship with dark and bright spots. Between a game of football and a bad grade to be repaired, Leo will learn about life, death and love.

– 19 October at 21:00: Off Target (in collaboration with the Embassy of Switzerland)

(Erik Bernasconi, Switzerland 2014) The sun rises on a calm residential district. Three gunshots upset the peace. Who fired? And why was an African hit? The search for the guilty party reveals little by little the gray areas of a community in which integration seemed to work perfectly. Misunderstanding lead way to xenophobia and rejection, indifference to hate and violence. The darkest features of each person come to light. Will this community manage to keep up until sunset?

* The film Off Target will be also screened on 22 October at 20.30 at Skala Theatre in Larnaca. 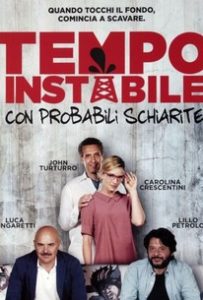 (Marco Pontecorvo, Italy 2015) Giacomo and Ermanno have been friends for a lifetime: Giacomo is the clever owner of a small company that runs as a cooperative, Ermanno is the worker who “has always been on the barricades”. The company is about to give in to debts when the rupture of a sewage pipe reveals a possible oil field in the vicinity. What will Giacomo and Ermanno do with the bonanza from this discovery? And how will their friendship be affected?